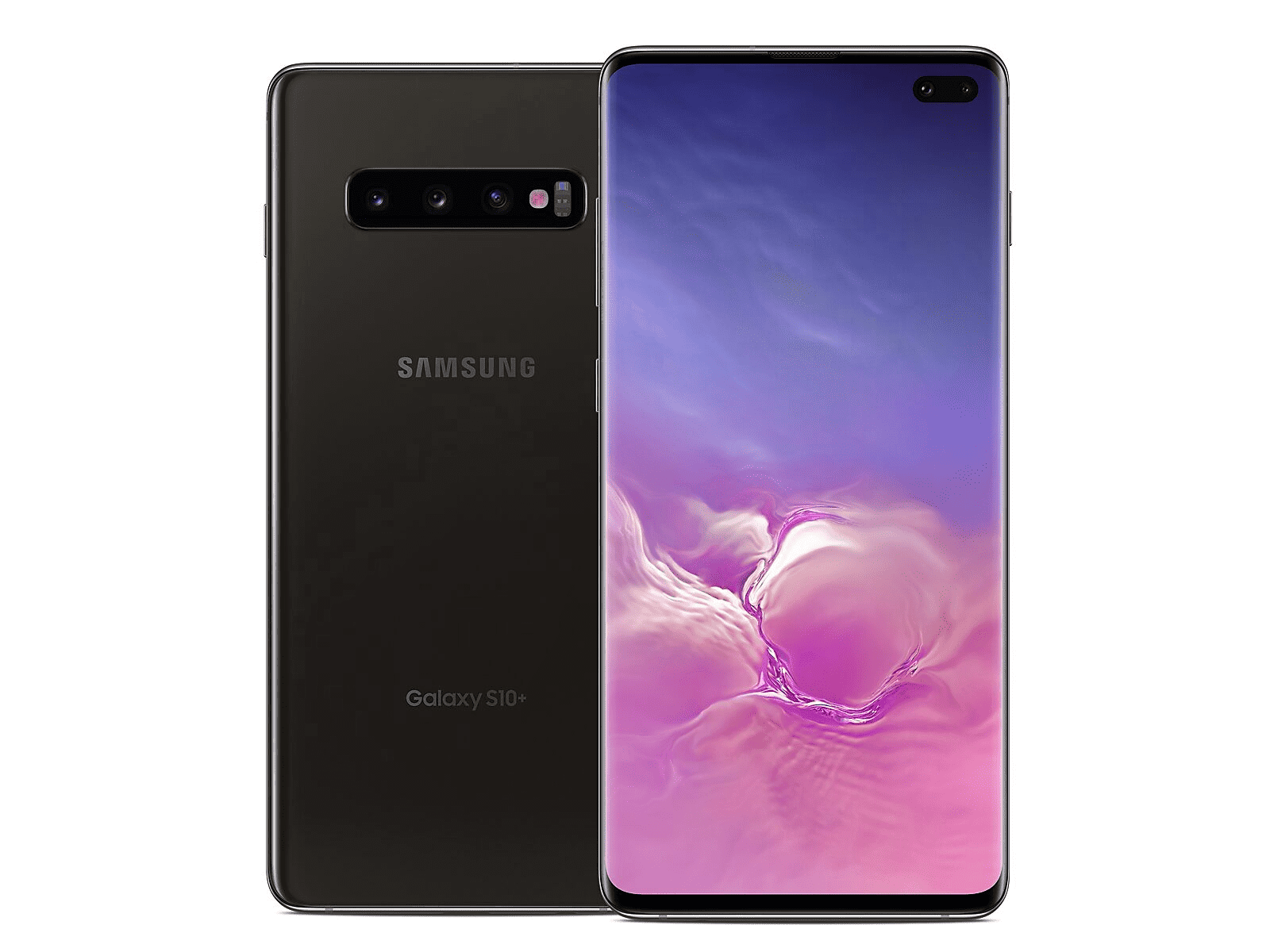 Last year, Samsung launched its flagship S10+ model with much fanfare. The flagship model has managed to create a lot of buzz in the smartphone market. This is why today, we come with the much-awaited Samsung Galaxy S10 Plus Detailed Review.

It won’t be wrong to say that this phone is still a hit even after months of its launch. It is also worthy to note that even after Samsung has launched another flagship model, called S20, Samsung Galaxy S10 Plus continues to be a top-selling model nonetheless.

The smartphone is touted to have highly impressive specs, including great camera capabilities, high processing power, stunning design, capable speakers, and so forth.

Let us dive into its features, specs, capabilities, and software to find out whether the smartphone is actually worth the salt or not.

Here’s a brief rundown on all the sub-topics that would be included in this detailed review:

The width of the Samsung’s flagship model is 7.88mm and weighs 175g only. Models with ceramic body weigh 195g. Despite the slim design and low weight, Samsung has managed to house a powerful battery of 4100mAh.

On top of that, the smartphone feels compact and light to use for long durations. The box comes loaded with a fast charger and a pair of AKG earphones as standard. Samsung is also shipping S10+ with a pre-applied screen guard to prevent aftermarket screen protectors from interfering with its ultrasonic in-display sensor.

Moreover, Samsung S10 Plus offers six finishes and leverages two different materials for its back panel.

The base configuration of the model with 8GB of RAM and 128GB of storage specs offers Prism Black, Prism Blue, and Prism White options.

Models with 8GB of RAM and 512GB specs come with the ceramic finish and offer Ceramic Black color. Ceramic White option comes bundled with massive 12GB of RAM and 1TB that is also the top-end model.

Samsung is known to roll out stunning designs that are out of the box and highly functional. With Galaxy S10 Plus, Samsung has tried to maximize the display while minimizing the sides of the smartphone body.

Moreover, Samsung has managed to keep the bezels minimal at the sides and top, making it appear like a bezel-less smartphone. However, the bottom bezel is considerably thick. The earpiece grille is shifted to the frame to free up some more space. The upper right corner of the phone houses a dual camera in the oval-shaped hole. Samsung calls it an Infinity-O display with curved edges.

The curved sides ensure seamless integration of the display and glass back and also make S10 Plus easy to hold for longer durations.

Galaxy S10 Plus Design: Back

The back of Samsung Galaxy S10+ houses a three-camera setup that is kept in a horizontal strip. Oxygen saturation and heart rate sensors are also are placed in the same module beside LED flash. The design is not seamless, and the camera module is placed with a raised metal rim for sturdiness. However, it will not make the smartphone rock on flat surfaces.

The conventional fingerprint scanner is missing at the back for good. It is replaced by a more secure and reliable ultrasonic in-display sensor that is the first in its segment. However, Samsung engineers have placed the fingerprint scanner at the bottom of the screen just above the home button. Users can easily reach the sensor while holding the phone in one hand.

The power button is placed on the right side, and it might feel too high and hard to reach for people who have small hands. A dedicated Bixby button is positioned just below the volume rockers on the left.

For readers who don’t know, Bixby is Samsung’s dedicated smart assistant. Furthermore, all the buttons are of metal and look premium in quality. Buttons also make a click sound after every feedback.

Samsung has also retained the 3.5mm headphone jack, and it is also present at the bottom. USB Type-C port and Loudspeaker grille are also placed at the bottom.

As for the topside, the Samsung S10 Plus houses a SIM tray and a microphone.

The 6.4-inch AMOLED display looks absolutely stunning. At 1200nits, it has got one of the largest displays in the competition. The screen is capable of playing videos with HD+ (1440×3040 pixels) resolution. However, the smartphone’s default resolution comes set at  full-HD+, 1080×2280 pixels that can be changed manually to HD+ resolution.

You can further customize the screen by choosing from Vivid and Natural modes. Vivid mode increases the contrast to make colors more lively. When the smartphone is in Vivid mode, users get the option to adjust white balance and tweak color levels through a slider button. The natural mode works best in normal light conditions.

Moreover, the display offers a high level of clarity, and you can read anything under bright sunlight. When in night mode, the phone automatically switches to the dark theme to prevent extra strain on eyes. You can either turn it on manually and set it to auto mode at a scheduled time.

Also, the external display is made out of Corning Gorilla Glass 6 to ensure it is protected against scratches and regular wear and tear. On top of that, the AMOLED panel is certified to play HDR10+ video playback in all supported apps.

The smartphone comes equipped with a unique stereo set up in which the earpiece doubles up as a loudspeaker while playing the audio. It supports Dolby Atmos surround sound for crisp and clear sound.

Galaxy S10+ has deployed its selfie camera for face recognition that works fast in the majority of lighting conditions to scan and unlock the smartphone. It automatically increases the screen brightness in low light conditions for face scans. In face recognition settings, you also get the option to either directly go to the home or stay at the lock screen after the phone is unlocked.

The ultrasonic scanner is fast and works well with a slight touch of the finger. It works without lighting up the AMOLED display area around the ultrasonic sensor. Despite its capability with the screen turned off, Samsung has enabled the software to light up the screen to help users locate the scanner easily.

S10+ comes with a hybrid dual-SIM tray that allows the insertion of a nano-SIM or storage card. Hence, if you are not using expandable storage, you can use it as a dual SIM phone. It supports both VoLTE and 4G in both slots.

Galaxy S10+ comes compatible with Bluetooth 5, ANT+, WiFi6, NFC, and four satellite positioning systems. It supports wireless charging and reverses wireless charging as well. That means it can wirelessly charge other compatible smartphones and wearables through the PowerShare feature. However, the smartphone automatically disables this feature when its own battery charge drops down to 30 percent or below.

Here’s a brief rundown on the overall specs of the Samsung Galaxy S10 Plus:

S10+ comes loaded with Samsung’s new OneUI patched over Android 9 Pie. The software is crisp and capable of delivering one-handed use. It is better than Samsung Experience UI.

App drawer comes up conveniently with a quick swipe up. Instantly gain access to the Bixby Home Screen through the right swipe from the home screen. You can also customize the Bixby Assistant button for different actions through single or double pressing. Bixby’s voice recognition is average and not as good as Google Assistant. However, it performs efficiently for several tasks, including adjusting the brightness or toggling WiFi.

S10+ comes loaded with a lot of preinstalled applications, including My Galaxy Samsung Pass, Galaxy Store, and Galaxy Wearable, among others. Other apps include Office Mobile, LinkedIn, OneDrive, and Google apps suite.

Its Game Launcher feature keeps all the games together. The smartphone offers three settings while playing games, including  “Focus on Power Saving,” “Balanced,” and “Focus on Performance” for all gaming applications. You can also change the settings for individual games. A game tool pops up every time you launch the game to stop notifications, minimize caller notification, or block the Bixby. It also allows enabling Dolby Atmos for gaming.

If you are looking for some cool apps for your Samsung Galaxy S10 Plus, then you might want to check out this video:

Its digital wellbeing feature offers detailed data about the amount of time you have spent using the smartphone. You can even set timers for different application usage, after which the smartphone will automatically lock down the apps for the entire day. Other than this, you can also replace traditional buttons with gesture navigation. Other few gestures include double-tap to wake up the device, lift to wake, and palm swipe for a screenshot.

Users can also leverage the Smart Stay feature that keeps the display awake while you stay looking at it. It also comes with a pop-up panel that allows the users to keep WhatsApp or Messages on top of the game to enable multitasking.

S10+ is powered by  Exynos 9820. It is Samsung’s one of the most powerful chips that never slows down. Even with heavy gaming, the runs fast and smooth without any lag. It efficiently handles OneUI animation. However, you have the option to scale down some animation features in Advanced Settings. 8GB and 12 GB RAM, both are sufficient for heavy multitasking without apps getting automatically killed in the background. It is even capable of running games in the background without any compromise.

Samsung has enhanced the battery capacity and performance with S10+. It is now powered with 4110 mAh battery that offers a lot of video playback and gaming time. With heavy usage that would involve gaming for an hour, navigation for 50 minutes, and active WhatsApp and other internet browsing activities, the battery can easily last over 24 hours with some juice left in it.

Samsung Galaxy S10+ comes coupled with a 15W fast charger that can charge the battery quickly; 41 percent in 30 minutes and 79 percent in 60 minutes to be precise. It takes 90 minutes for a full charge.

S10+ comes loaded with a triple camera setup, including a 12-megapixel camera with a telephoto lens, PDAF, and OIS. It offers a 12-megapixel wide-angle camera with dual pixel autofocus, variable aperture between f/2.4 and f/1.5, and 16-megapixel ultra-wide camera. The telephoto lens is capable of delivering up to 2x optical zoom, and an ultra-wide-angle camera can give a 123-degree landscape view.

Its camera app offers plenty of modes, including floating icons that allow the user to switch among three cameras. Other features include AR Emoji, Bixby Vision, Hyperlapse, Super Slow-mo (960fps), Live Focus, Slow Motion, Pro Modes, and Panorama, among others.

Its camera is capable of recording videos in 4K quality at 60fps from the primary camera and at 30 fps from the selfie cam. Image stabilization is available in all the modes, excluding 4K at 60fps. Users can also leverage the super steady model to stabilize video footage while running.

After considering all the functions and characteristics of the Samsung Galaxy S10 Plus, we collated an overall list of its pros and cons.

Here are some of the pros and cons of Samsung Galaxy S10 Plus that you might want to consider before making the purchase:

So, this is it in the Samsung Galaxy S10 Plus detailed review.

Samsung’s proprietary hole-punch design has enabled it to house a big display in a considerably small body. Its powerful gaming capabilities, processing speed, and camera functions make it arguably one of the best options in the flagship smartphone segment.

Would you like to add something more to our Samsung Galaxy S10 Plus detailed review? If yes, let us know in the comment section below!